A NIGERIAN MAN IN HUNGARY - PART 1 - BY GBENGA AFOLABI 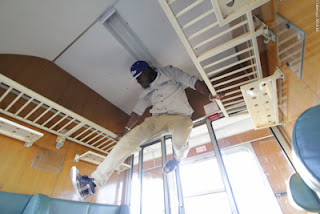 Travelling to Hungary is a dream come true for me. I say this because I feel so blessed going to a country I have heard little or actually nothing about until I met my wife, Emese. But there I was at the airport in Manchester cradling my son and with my wife in tow. We were on our way to Debrecen via Budapest. The trip went without much fuss until we were about to land and baby Kornel started to ball probably because of the pressure building up in his ear. Need I mention about the face of Emese almost had with other passengers who were complaining about Kornel's crying. Anyway, there we were at the border controll being quizzed by the immigration officer asking for additional permission and documentations. Thankfully we scaled through that and we were soon on our way to Debrecen after been picked up by Eva (Emese's mum).

My first impression of Hungary was that more often than not it reminds me of my native country, Nigeria. The imperial mode of calibrating distance in kilometers. It was a fairly cool night just the way I like it. As we were

sat at the back of the car tucking into sandwiches made for us by Eva and drinking soda from a tap-like bottle.
Weirdly I had a feeling of apprehension throughout the three hours journey to Debrecn. It wasn't ubtil much later when I discovered why. In the UK, cars are driven on the left hand side of the road whilst in Hungary the opposite holds bear, just like in Nigeria. So I continued to feel like something wasn't right and silently prayed for a safe arrival at our destination. Thankfully we arrived safely. 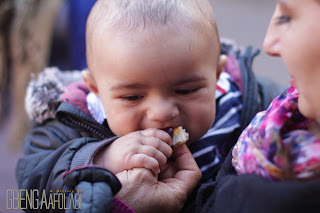 On the second day after we arrived we visited Eva's workplace where she works as the secretary to a court judge. The reception couldn't have been better as Kornel absolutely and totally stole the show. He was the darling of the numerous ladies both young and old that worked at the court. Lest I forget I was a bit surprised when the court security asked if I was there for a case, instantly subtracting me from the party which I apparently was part of. It kind of introduced me to the perception of black people in Hungary.


On leaving the court we headed into town where we visited the Big Church right at the heart of the city after that we proceeded to relish a popular Hungarian snack, Langos. It was delicious especially eaten with tomato ketchup and cheese. In the afternoon we still had time to go to University of Debrecen where Emese used to study German language and literature and meeting Emese's old university friends. The surrounding of the university is indeed beautiful as the autumn leaves fell off the trees to the ground creating a perfect postcard picture scene. Inside was even more impressing. Dotted by students studying on the corridors of the university. All in all I was very impressed. I was surprised seeing that there were few black students around which I really didn't expect. I spoke to one of them who was coincidentally from Nigeria and was studying medicine. He told me that the university catered for foreign students and they have the opportunity to study in English however they have to learn basic Hungarian if they were to work in the hospital in Hungary. 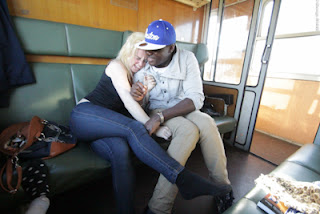 On the third day which was on the Thursday I was convinced by Emese to visit the capital city , Budapest. Emese, Dia (Emese's sister) and I took the train from Debrecen train station and I was amazed by the kind of trains that operated on this route. It was an old fashioned cabin car train and to say I enjoyed the journey is an understatement. We had so much fun, singing, chatting, learning Yoruba songs and just generally fooling about while taking loads of pictures. 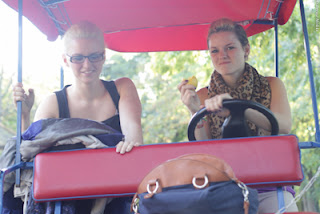 At some point the train fainted for an hour and it was so interesting that no announcements were made to explain to us what was going on. Eventually we alighted safely in Budapest.

First we visited the Margaret Island were we hired a quadricycle which we rode around the beautiful Island. It was hilarious as I was almost knocked down by Emese and Dia. Later we went to the Heroes' square which is a famous landmark in Budapest.

Cruise on the river Danube with a voucher for Palinka
At the Heroes' square we were accosted by two ladies who told us about the boat cruise on the river Danube. It sounded fun so we bought our tickets that also included voucher for the famous Hungarian alcoholic drink Palinka and many more pictures and videos after we were on our way to Danube Promenade (Dunakorzó). 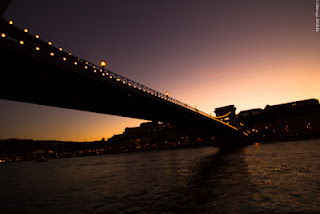 Soon we were cruising on the ship with earphones we were furnished with the history of Budapest, the great Parlament , the Central Market and all the interesting facts of this wonderful city. It was breathtakingly beautiful seeing the Buda Castle, Elizabeth Bridge, Széchenyi Chain Bridge and Liberty Bridge.

After our ship experience we went in search of the Palinka bar which was impossible to find. After spending almost two hours looking for it we met two guys, one black, one white. Without thinking, Emese, speaking to them in Hungarian asked about the Palinka bar which they like others that we'd asked earlier did not know where it was. Apparently the black guy was a mixed race person whose mother was from Hungary and his father was from Ghana. It was quite interesting meeting a mixed raced Hungarian person who also spoke perfect English. We decided to proceed to the train station as we were on the verge of missing our train back to Debrecen. We boarded the same tram as our black Hungarian friend who told us about his experiences in Hungary. The day ended as quickly as it started and soon we were back in Debrecen but it was a great day which we terrible enjoyed.