HOW DO I SEE NIGERIAN WOMEN?

Yesterday I watched a movie in Yoruba (OMO SANSAN BI OWO), just to learn a few more expression. Don’t worry I don’t want to talk about the movie in details, neither about my newly learnt expressions. I would like to tell you how I see Nigerian women according to what I’ve seen in the movie.

A Nigerian girl, like every other girl in the world is always out to get the best men from the crowd and sometimes their mummy ”helps” them to choose the husband. In traditional Nigerian families parents have real authority. I actually really like that children listen to their parents in Nigeria. I want my son to respect his parents as well.


One thing was a bit strange to me though. In the movie parents were trying to control their children's life in every aspect. My husband told me about this before. I even know a Nigerian guy that really wanted to become an  engineer but his parents forced him to study law instead. Reason being is that almost everyone worked as a lawyer in the family before.
And in the movie a girl was going to marry her boyfriend but her parents wanted someone else for her. Don't get me wrong. I’m sure this happens in other cultures as well, even in Hungary. However, my husband said it's quite common in Nigeria especially in olding days.
I also noticed how confident Naiga girls were. I’m really envying that confidence  to be honest! I can tell you that most  Hungarians are not that confident.

Being a bit overweight is also not a problem in Nigeria - I suppose. Or at least it's not a major issue.
Nigerian men do love curves and round shapes.

What do you think? Did I get it right? 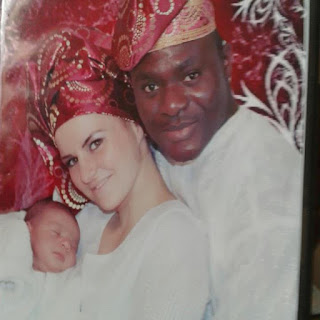